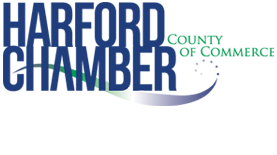 Bel Air, Md. - Harford Mutual Insurance Group is proud to announce President & CEO Steven D. Linkous has been named one of Maryland’s 2022 Most Admired CEOs by The Daily Record. This is the second time he has received this honor.  The Most Admired CEOs list honors talented business CEOs, higher education leaders and nonprofit executive directors throughout Maryland whose leadership and vision are admired by those around them. A panel of judges selects these winners based on professional accomplishments,

"Living a Plant Forward Life for the Bay and Your Body" is the theme of the October 12 episode of "Chesapeake Farm & Bay to Table." This popular virtual cooking series is produced by Harford County Public Library and Chef John Shields' Our Common Table and highlights Maryland farms, fisheries and local businesses. The program will be presented via Zoom from 7 to 8 p.m. The Chesapeake Bay and watershed harbors a habitat unique to the East Coast of the United States. This environment has impacted and

University of Maryland Upper Chesapeake Health (UM UCH) announces progress on two construction projects at its University of Maryland Upper Chesapeake Medical Center campus in Bel Air, both designed to provide additional services for the community and an improved patient experience. Ground has been broken for the ambulatory surgery center, and a "topping out" and beam-signing ceremony has been completed for the new inpatient bed tower expansion, improvements which are part of UM UCH's strategy to transform

Bel Air, Md. – Harford Mutual Insurance Group has announced the promotions of Christopher (C.J.)  D’Alessio, CPCU, ARM, AINS to Director of Underwriting, and Steve Zickefoose, AIC, SCLA to Director of Claims. D’Alessio joined Harford Mutual in 2012 as a Commercial Lines Assistant Underwriter. He was promoted to Underwriter in 2014 and became a Field Underwriting Specialist focusing on Large Accounts in 2015. In 2018, he was named Underwriting Manager of the Middle Market and Large Account Units. D’Alessio

The University of Maryland Medical System announced today that it is committing a portion of its investment portfolio to companies and funds focused on addressing economic development, food insecurity and other disparities in the communities the System serves. The first tranche of commitments includes $14 million in 11 equity and fixed income investments.  The investees all have a strong presence in the state of Maryland and employ a diverse workforce; over half are Baltimore-focused and 75% are either 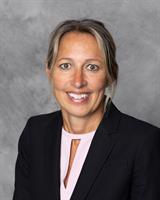 University of Maryland Upper Chesapeake Health (UM UCH) has appointed Michelle D'Alessandro, DNP, RN, NEA-BC, as the organization's Chief Nursing Officer.  D'Alessandro comes to UM UCH from Johns Hopkins Bayview Medical Center, where she most recently served as Senior Director of Nursing-Medicine and Maternal Child Health. In this role she was responsible for the operational outcomes for the Division of Medicine including Pediatrics Emergency Department, pediatric inpatient, the Neo-Natal Intensive Care

5 Ways to Tackle Your Anxiety Around Entrepreneurship

You’re not feeling fulfilled at your 9-to-5 job, and you’re wondering if you should take a risk and start working for yourself instead. But even if you know your industry inside and out, and you’ve always wanted more independence in your professional life, you might be nervous about all of the challenges that come with entrepreneurship. These tips can help you dodge problems that new entrepreneurs commonly face. Work Out a Business Plan You might feel apprehensive about committing to entrepreneurship 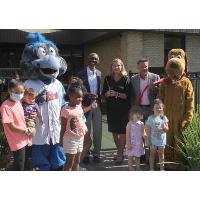 Bel Air, Md. – Harford Mutual Insurance Group has been named to the prestigious Ward’s 50 ® list of top-performing property-casualty insurance companies for the second consecutive year. The company was recognized for outstanding financial results in the areas of safety, consistency, and performance over the past five years, from 2017 - 2021. “This is the second year in a row and only the second time in our 180-year history of receiving this honor, achieving results outperforming nearly 3,000 other P&C

Bel Air, Md. - Harford Mutual Insurance Group recently recognized 20 employees celebrating milestone anniversaries and 180 combined years of service at the annual Service Awards Breakfast. Employees with service anniversaries starting at five years and in increments of five years afterward were honored for their contributions. Maureen Arnold, Production Underwriter, topped the list of honorees, receiving an award for 30 years of service at the company. Matthew Stachowiak was honored for 25 years of

Starting over in the world of business after facing financial setbacks can seem like an impossible task, but it’s not. Achieving success as an entrepreneur is about learning from your mistakes and returning stronger. There are plenty of entrepreneurs who’ve gone through similar challenges to yours and became massively successful. Below are some tips to help you do just that.Learning From Your Mistakes If you’ve experienced financial setbacks in business, learn from them. Ask yourself what went wrong and

Bel Air, Md. - The policyholders of Harford Mutual Insurance Group elected Jillian Froment and Teresa McTague to the Board of Directors at the annual policyholder meeting held in May 2022. Froment and McTague were appointed to the Board in mid-2021. Froment will serve on the Board’s Audit and Governance Committees. She is a seasoned insurance regulator with extensive experience in both the private and public sectors, including the last 10 years at the Ohio Department of Insurance, where she served as

Towson, Md. – Harford Mutual Insurance Group is proud to announce that IT Project Manager Caty Hartley has graduated from the Towson University Professional Leadership Program for Women, a professional development program dedicated to increasing the capacity for leadership and influence for women leaders in Greater Baltimore. Hartley graduated on May 17, 2022, and was a member of the seventh cohort of the leadership program. “The Dr. Nancy Grasmick Leadership Institute Professional Leadership Program for

Bel Air, Md. – Harford Mutual Insurance Group is pleased to announce Marcus Moloney has joined the leadership team as Vice President and Chief Information Officer. Moloney will oversee the Information Technology department as Harford Mutual embraces a new hybrid environment, moves away from legacy systems, and continues its vision to be the regional insurance carrier of choice. A seasoned information technology (IT) leader, Moloney brings nearly 30 years of experience in driving efficiencies and growth

Bel Air, Md. – Harford Mutual Insurance Group is proud to announce The Daily Record has named Stacey A. Rebbert, Assistant Vice President of Marketing and Corporate Communications, to its 2022 listing of Maryland’s Top 100 Women."The 2022 Maryland's Top 100 Women demonstrate the incredible progress women have made in leadership roles in Maryland. They inspire change and help to ensure that women have access to every opportunity," said Suzanne Fischer-Huettner, senior group publisher of The Daily Record. 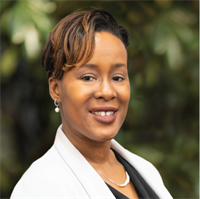 Bel Air, Md. – Harford Mutual Insurance Group is proud to announce The Daily Record has named Assistant Vice President, General Counsel, and Secretary Geneau M. Thames, Esq. to its 2022 listing of Leaders in Law. Thames was named a Leadership in Law In-House Counsel honoree. "This year The Daily Record partnered with the Maryland State Bar Association to recognize members of the state's legal community in nine categories, ranging from in-house counsel to justice champion to law firm support staff. These

Baltimore, MD., (February 18, 2022) — KatzAbosch is pleased to announce the addition of Karen Warthen, SPHR, SHRM-SCP to their outsourcing company, BlueStone Services. In her role as Managing Director of the human resource service practice, Ms. Warthen is responsible for leading the entity’s HR outsourcing solutions with small to midsize organizations based in the Maryland – D.C. area. Ms. Warthen brings to BlueStone Services over 20 years of experience in providing HR outsourcing and consulting services

Bel Air, Md. – Harford Mutual Insurance Group announces Jillian Froment and Teresa McTague have been appointed to its Board of Directors. Jillian Froment is a seasoned insurance regulator with extensive experience in both the private and public sectors, including the last 10 years at the Ohio Department of Insurance, where she served as Deputy Director and Director until September 2020. She will serve on the Board’s Audit and Governance Committees. Froment currently serves as an Advisory Board Member for

Harford Mutual Insurance Group announced it has donated $3,750 to the Hendon Hill Cemetery Project. Hendon Hill is Bel Air’s only historic African American cemetery. It is located on Vale Road and is owned and maintained by Ames United Methodist Church. Funding for the project helped provide repair and restoration work at the cemetery, which included new signage, a historical marker, driveway improvements, and landscaping. A rededication service was held at the cemetery on October 17, 2021. The cemetery

Harford Mutual Insurance Group is proud to announce its President and CEO, Steve Linkous, and his family recently went bald for an important cause. They raised not only awareness but a record-setting $550,000 shaving their heads for the St. Baldrick’s Foundation, the largest non-government funder of childhood cancer research grants. The Linkous family is currently the top fundraising participant in 2021 for St. Baldrick’s and currently the number one fundraising family this year.   “We had donors who gave

Kiddie Academy of North Bel Air is offering curriculum driven Full day in-person Kindergarten Program as well as FULL DAY School-Age Program with Before & After Care for Age 5-12 years! Call 410-684-3131 or Email at northbelair@kiddieacademy.net and learn more about it. Healthy breakfast, hot lunches, and snacks are provided including milk, fruits and vegetables!!!